As the days wound down towards the end of his term as Fourth Judicial Circuit District Attorney Michael Jackson of Selma called a Press Conference in Selma on Wednesday January 11. Along with outgoing Secretary of State John Merrill the pair publicly announced the indictment of Perry County Commissioner Albert Turner Jr. in a voting fraud case.

Merrill announced that he will begin his new job in private business on Monday January 16. His office issued a statewide press release on January 11 asserting that:

“Relating to the May 24, 2022 primary election, Mr. Turner has been indicted for voting multiple times and inserting multiple completed ballots into the tabulator at a polling location in Perry County. Relating to the November 8, 2022 general election, Mr. Turner has been indicted for ballot harvesting. It is alleged that Mr. Turner presented multiple completed absentee ballots for mailing from the U.S. Post Office. Both of these matters are currently under investigation”.

On January 13 this reporter searched the Alabama Judicial records system looking for a criminal case against Mr. Turner, an arrest warrant, and any indication of an indictment. No record was found.

An inquiry to John Merrill’s office requesting confirmation of the indictment has not been answered and a phone call to the former Secretary’s published contact phone has not yet been returned.

This reporter visited the Circuit Clerk’s office in Perry County on Friday January 13th and asked to see the Grand Jury indictment on Albert Turner Jr. and was told that there is no record of an indictment and no pending case against Mr. Turner in Perry County.

So to sum up; there was a public press conference by two elected officials, both on their way out of office, announcing the indictment of another public official. However, there is no official public record of a Grand Jury indictment in Perry County, Alabama and there is no arrest warrant on file.

The Marion Times Standard will continue to follow this story. 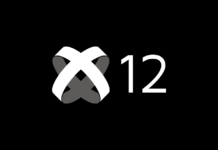