The full list of changes can be found on the official TiDev Blog here:

“We’re pleased to release another community SDK version of Titanium for developers around the world,” said TiDev, Inc. Board Chairman Josh Lambert. “This release represents our continued efforts of ensuring that Titanium remains actively developed and maintained for years to come.”

The TiDev foundation is currently funded by individual and corporate donations and relies on them to maintain the free and open-source Titanium environment. Donations can be made via Github Sponsors or Liberapay. If you’re operating an organization that relies on Titanium technology, the foundation asks that you consider becoming a monthly supporter by following the link below: 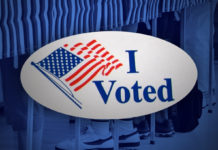