Did you Bibb Voice readers born late (I mean since 1980 or so) wonder why those folks at the North end of our County want to call BCHS students and graduates the “River Rats”? Its all in fun of course, and friendly healthy rivalry, and we may have some pet names for them too. But I digress.

Way back in 1823 or so, a lady named Sarah Chotard mapped out Centreville and she chose to lay the city on both sides of the Cahaba River, favoring neither the East or West bank. For obvious reasons the history of Centreville is intertwined with the literal rise and fall of the Cahaba River. No more ancient history, we move on.

During this 2018 Fall/Winter season we have experienced a lot of rainfall in Bibb County, more than normal for the region. The Cahaba has taken little notice and the river flows have not caused alarm. That was not true prior to the turn of the 21st Century when flooding of the Cahaba at Centreville was frequent and often destructive.

When the Cahaba gets above 23.0 feet below the River Bridge at Centreville things get dicey. Fortunately for the folks at Centreville there has not been a major flood event here since 1961 according to an article that appeared on al.com, A look at Alabama’s Deadliest floods.

So why have we had no flooding events at Centreville since 1990? Old-timers have told me that the U.S. Army Corps of Engineers cleared debris from the river South of Centreville and improved water flows and since then we have had no flood problems. I have not confirmed that personally, but that seems like a good explanation. If you know you may be able to confirm that report for the Bibb Voice. 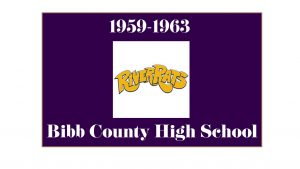 Back to the River Rat story. I can confirm that I was around in February 1961 and the river rise was a serious event. There was fear that a bridge pier on the Howard Cooper Bridge could fail. The railroad bridge was almost underwater and threatened with failure. Houses on Riverside drive were threatened and volunteers turned out to help sandbag against the rising current.

But as the river crested there was time for some fun and I now have indisputable digitized proof of the often doubted story that a few of the Centreville River Rats, as we were called then and now, took a swim on the high school football field. We launched a boat, dove off of the goalposts, and had a swimmingly good field day.

Yes, I know it was dangerous. Do not try this at home kids. Schultz Creek took a toll on the kids of my generation who found the bottom with their noggin. The water was about knee deep at the goalposts where we dove head first from the crossbar. It was flood water, flowing from Birmingham, sweeping everything in its path, and filled with sewage and bacteria I suspect. In those days we had no sewage system in Centreville and there was none between Birmingham and Centreville.

The school bus shop and the band room in those days was just East of the football field and behind T.W. Stone’s grocery store and cattle processing lot. He processed livestock out back and sold fresh meat at the grocery store counter in front. Remember that? The Stone grocery was located where the Chamber of Commerce now stands. In this video you will see the old high school (youngsters call it the Junior High), the original gymnasium, and the railroad trestle that was South of the Centreville bridge.

Take a look at this video and see what you recognize. It is not high quality. Hey, in 1961 we did not have iPhones. Very few people had 8mm cameras.  After you see this video you will have no doubt about at least one of the reasons they call us “River Rats”. There may be more. Send us your comments if you have your own stories.

And if you can pick me out of the video I will buy you coffee down at Jack’s. And No, I am not the guy with no teeth. If you can tell me who he is, I will buy you a biscuit. 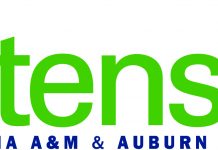