Home News A Celebration of Survivors 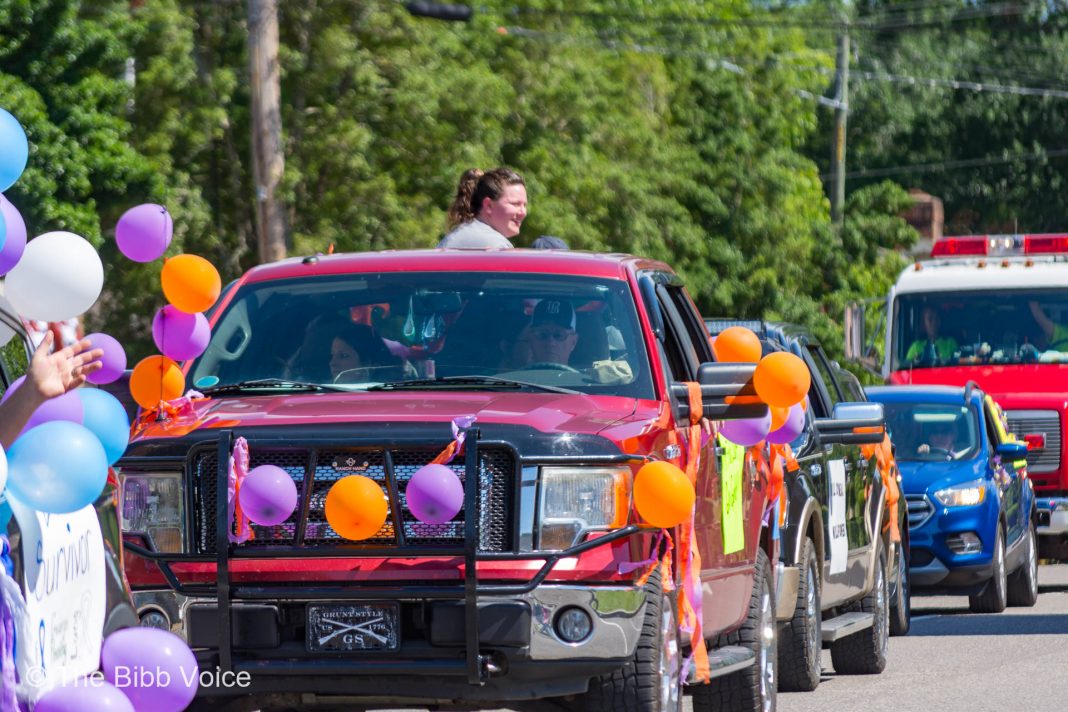 When the coronavirus pandemic became an issue and shut things down, it became apparent that there was a particular high-risk group that would not be able to participate in one annual fundraising event for their cause: cancer survivors.

Relay for Life pivoted their focus quickly from the usual event list, knowing they couldn’t bring a large group of people together in a gymnasium or even on an outdoor field at the time. Activities shifted online, with remote photo scavenger hunts and other socially distanced ways to bring people together.

One of the annual events during what is normally a friendly team competition fundraiser is the Survivor Parade, in which cancer survivors would make a lap of the competition area, with their representative teams, supporters, and spectators there to cheer them on. This year, the parade went on, but as a more typical parade – in vehicles on the street.

Balloons and streamers decorated cars and trucks. Green Pond Fire and Rescue brought one of their engines down to Centreville to lead the parade, and Centreville Fire Department brought out their shiniest engine to bring up the rear. The Bibb Belles walked the route, carrying the Relay for Life Banner. A small crowd gathered Saturday morning as the parade made its way from Centreville City Hall, around Courthouse Square, and back to City Hall. Horns, sirens, cheers, candy, and smiles abounded the whole way.