DOTHAN, Ala. – CAE USA, a company specializing in aviation training, plans to begin offering flight training to U.S. Army aviators at a training facility opening in Dothan next year as part of the company’s $75 million investment in the state.

Tampa-based CAE USA also announced it has taken delivery of the first three Grob G120TP aircraft that will be used in the U.S. Army Fixed-Wing Flight Training program at the Alabama center. The company said it has begun preparing its initial cadre of instructor pilots for the program.

“The state of Alabama, Department of Commerce and all the local government organizations in the Wiregrass area have been incredibly supportive and instrumental in the creation of what will be a truly world-class training facility,” he added. 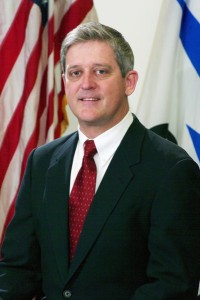 Ray Duquette is president and general manager of CAE USA.

CAE’s new Dothan Training Center stands a little more than 20 miles from Fort Rucker and the U.S. Army’s Aviation Center of Excellence, the headquarters of Army Aviation and primary location for Army helicopter flight training for more than five decades.

“Alabama has more 100 years in aerospace history, and I am proud to see CAE make progress on the construction of the new Dothan Training Center located at the Dothan Regional Airport,” Governor Robert Bentley said. “This world-class training facility will train Army and Air Force pilots to keep our nation safe.”

Construction is under way at CAE’s Dothan Training Center, and the facility should be operational in early 2017. CAE said the center at Dothan Regional will offer military aviators integrated classroom instruction, simulator training, and live-flight training all in one location.

To support the program, the company is manufacturing a suite of next-generation training devices, including C-12 King Air full-flight simulators. CAE is also developing what it calls “motherships,” which are simulators with an innovative “roll on/roll off” cockpit design that enables cockpits of various aircraft types to be used in the simulators for training.

The company will design and manufacture two Grob G120TP integrated procedures trainers, as well as desktop trainers and courseware. The G120TP is a two-seat turboprop training aircraft built by Germany-based Grob.

“CAE is a global leader in aviation training, and the new, state-of-the-art training center in Dothan shows its confidence in Alabama,” said Greg Canfield, secretary of the Alabama Department of Commerce. “In addition, this project highlights the state’s critical role in preparing military pilots for the important work they do.”

Planning for this project dates back to 2015, when CAE was awarded the U.S. Army contract to provide comprehensive fixed-wing training services. CAE is constructing the Dothan facility as part of the original agreement, which was awarded by the Army as a base contract with six one-year options through March 2024.

The total value of the contract over eight years is expected to be approximately $200 million.

AIDT, the state’s job-training agency, and the Alabama Department of Transportation joined the Governor’s Office and Commerce on the project. 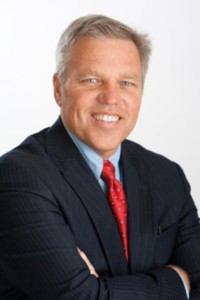 Mike Schmitz is mayor of Dothan.

Local organizations involved in the project are the Dothan/Houston County Airport Authority, the Dale and Houston county commissions, the City of Dothan, the Dothan Area Chamber of Commerce, the Ozark-Dale County Economic Development Corp., and the Wiregrass Foundation.

“We are extremely excited to see a world-wide leader in aviation training locate in the Wiregrass region,” Dothan Mayor Mike Schmitz said. “Through the team led by Governor Robert Bentley including our local, state, and federal officials and partners, this project was made possible to bring new technology, innovation, and high-paying jobs to the area.”